Great minds subscribe to growth leadership. Discover what it is and how you can apply it to your own work. And good news: it can be taught.

Mitch Stevko has been working with growth leaders since his early days in Silicon Valley. Jeff Bezos and Elon Musk are among a few of the great minds that he’s collaborated with during his career.

In our interview with him below, he shares what growth leadership is and how today’s leaders can apply it to their own work.

I’ve been excited about growth and growth leaders since my early days, my early career. I was raised in Silicon Valley and was lucky enough in my earlier career as an investment banker to get to talk with Elon Musk in his early days, Jeff Bezos, and a lot of other leaders. They all had excitement, vision, and passion.

It all starts with what’s called a growth mindset.

This was studied and written about at Stanford. The good news is for all of you, you can learn it. The growth mindset is just a focus on growth. When I was in my earlier days in Silicon Valley, if you couldn’t get to $100 million in five years, your company wasn’t worth talking to investors about. Now, it’s how do you get to one billion dollars in value, so there’s just a bigger growth mindset and one of the aspects of that that I find really interesting is that my best CEOs who have really grown exponentially in this space are not just thinking about growth part of the time. They’re thinking about it one hundred percent of the time. It’s their first, second, and third objectives.

Great growth leaders drive that through the organization and even through the core purpose of the company. My best CEOs are always telling their purpose story and it all involves growth and not growth for growth’s sake, but growth for all the people whose lives we’re going to change, whose health we’re going to improve, and who are going to make a bigger impact on.

Growth leaders are customer-knowing and customer-obsessed.

The next thing that’s really important for top growth leaders — that I’ve seen with all of them — is they’re great prioritizers and decision-makers.

If you’re one of the growth leaders out there in the earlier stage as a company, growing from zero to ten million, you’re probably wearing seven different hats. But as your business grows and you’re able to hire other leaders, you want to get down to three hats. There are a million things you could do every day, but what are the three most important? My best leaders are getting those three done before they even take a meeting or a call.

They’re also great decision-makers. I had one CEO who had her staff review her decisions every month. She was literally batting about 50-50 and she’s really intelligent. She was really self-driven to keep improving and leveling up, which is another trait of growth leaders, and by working specifically on better decision-making strategies, she was able to get her decision-making accuracy from 50 close to 70 percent month-over-month. She said that was having an immediate seven-figure impact on her business and a longer-term eight-figure impact in her mind. So optimize your decision-making.

Growth leaders also have an action bias. They take risks.

They don’t think a lot before they make decisions. They’re willing to make mistakes and make lots of bets.

The next tendency or trait that I’ve seen is that growth leaders tend to be very resilient. As all of you know, if you’re either a growth leader or you’re working with them, being a growth leader in an early stage or even growth stage company is one of the hardest jobs on planet Earth. Stuff’s going to come at you every day, no matter how you plan. The unexpected happens. And it’s that ability to bounce back, stay calm, be grounded, and also be flexible. I put these two together, resilience and flexibility, because you’ve got to be resilient when stuff hits you but if the same stuff keeps hitting you, you need to quickly be able to adapt your thinking, your model, your mindset, or aspects of where you’re going to navigate.

And the best part is that, again, the growth leader mindset can be taught.

Interested in connecting to one of Impactful Search®‘s advisors? Reach out to Megan Sears via email here to get started. 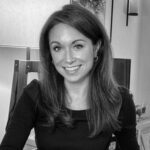 Rebecca is the Senior Editorial Director at ForceBrands. She’s spent more than a decade on the editorial side of digital media, curating original content and managing social media audiences for impactful brands and businesses. She’s a natural storyteller with a love for connectivity and brand building.